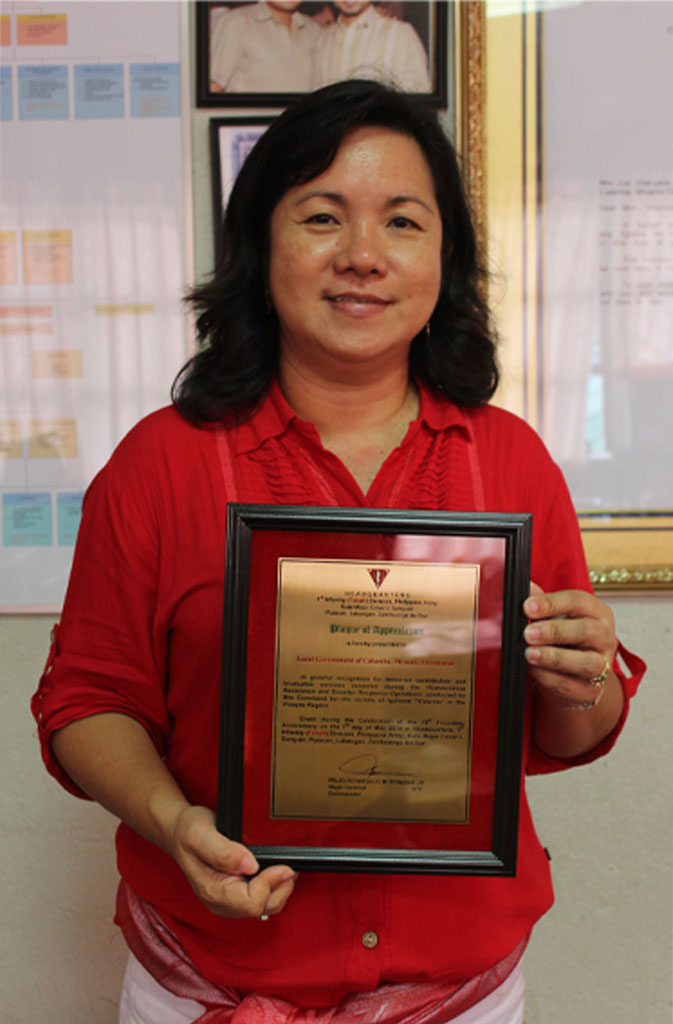 THE LOCAL GOVERNMENT UNIT OF CALAMBA, MISAMIS OCCIDENTAL RECEIVED RECOGNITION OF THE SUPPORT RENDERED DURING THE HUMANITARIAN ASSISTANCE FOR THE TYPHOON YOLANDA VICTIMS
The Local Government Unit of Calamba received a Plague of Appreciation from the Headquarters of the 1st Infantry (Tabak) Division Philippine Army of Pulacan, Labangan, Zamboanga del Sur. The Plaque of Application is given to LGU Calamba particularly to all the Calambahanon    for the immense contribution and invaluable service rendered during the Humanitarian

We have 30 guests and no members online