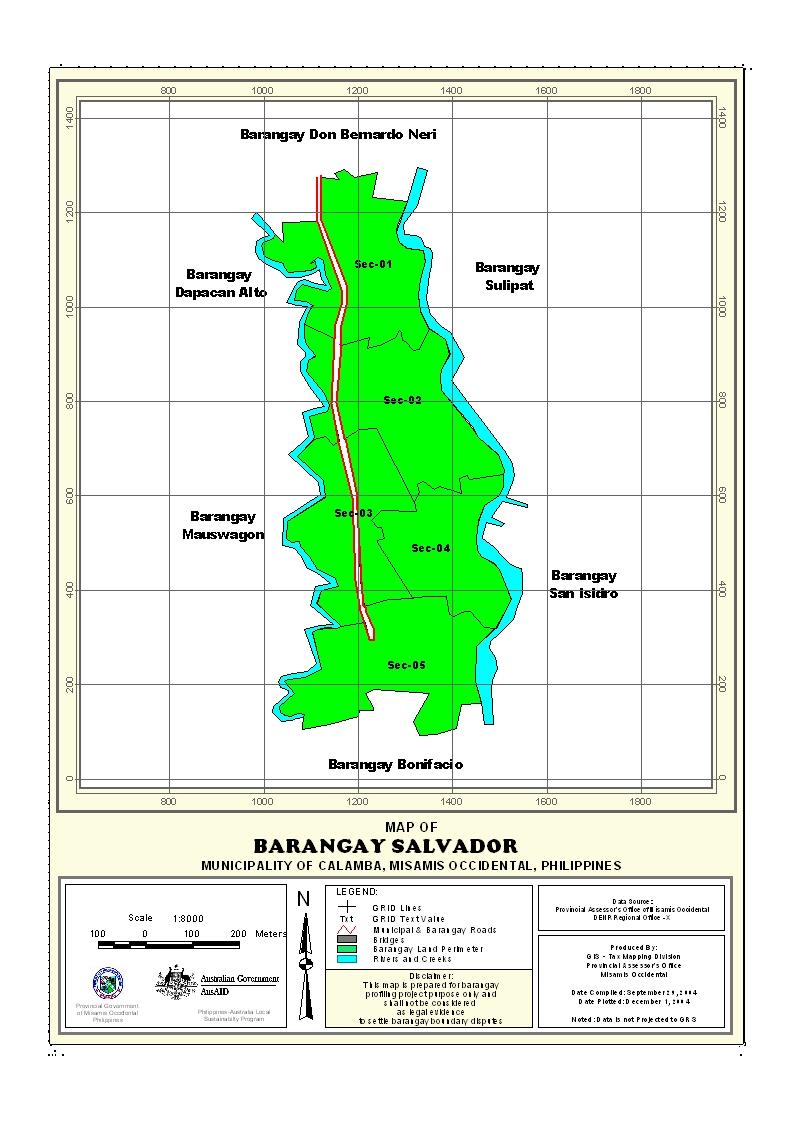 Barangay Salvador has 3 puroks: Purok 1, Purok 2 and Purok 3. It became a Barangay in the year 1996 under the leadership of the first Tenyente del Baryo Ruperto Nagasan.

Barangay Salvador has a total land area of 595.61 hectares. It has its land classification and uses. Source: CLUP

Its terrain is gently sloping to undulating with a slope of 3%-8% and an elevation of 100-300 masl. The type of soil is Guimbaloan Clay Loam.

About 99% percent of the areas are vast agricultural land and some portions of it are public and residential land. The main crop planted is coconuts where mostly of the residents are farmer.

Barangay Salvador has vast agricultural land area of 588.61 hectares. Some portion of the area is devoted to corn production.  About 40 percent are planted with corn, rice and fruit trees. The 7 hectares of land is residential land that equivalent to 1%.

The average agricultural land holding per household is 4.53 hectares.. Most of the farmers are owners while others are tenants and some are leaseholders and mortgage.

We have 33 guests and no members online