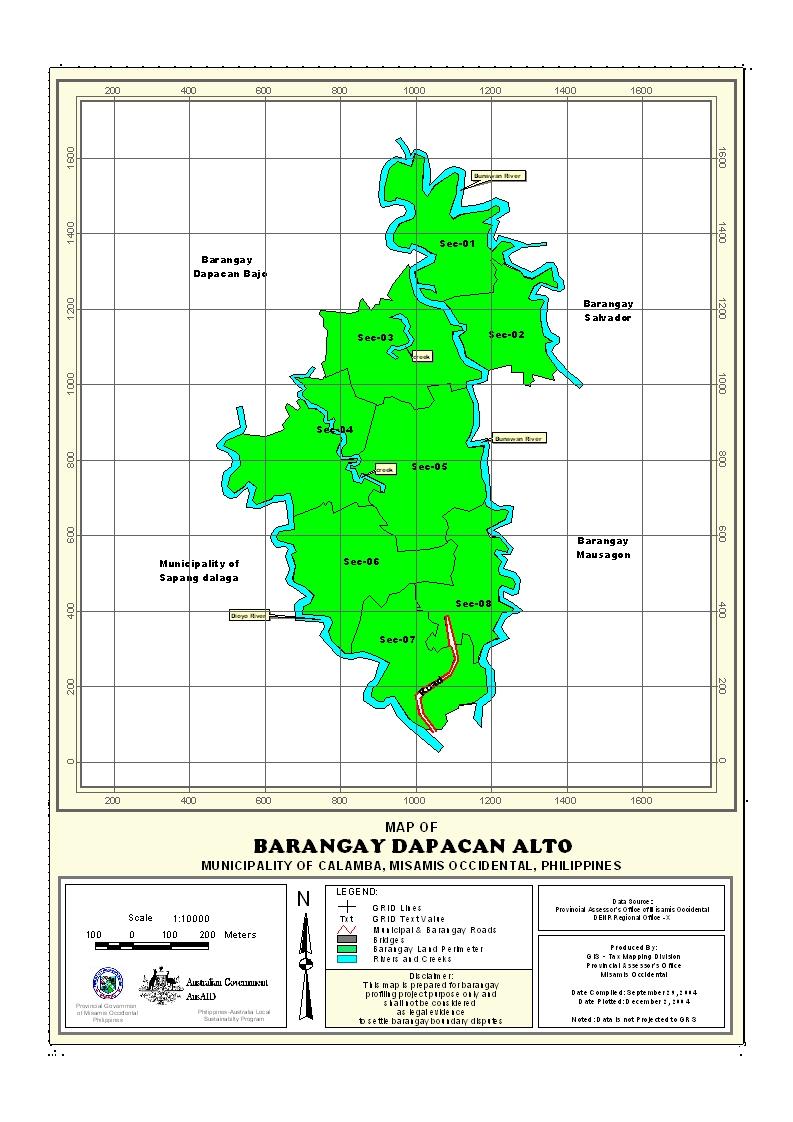 Before its creation, Barangay Dapacan Alto was known as Masidlakon and was part of the Municipality of Plaridel during the time of first Teniente del Barrio Eleno Raval. In the year 1935, Masidlakon was divided into two barangays namely; Dapacan Alto and Dapacan Bajo through the effort of the existing 80 families in the barangay. Primary School was built in time of the second teniente del barrio Cristobal Villarimo.

In the year 1948, Municipality of Calamba was created. Infrastructure like hanging bridge, roads and pathways were constructed during the time of Teniente del Barrio Jose Lantiese, the third teniente del barrio.

Barangay Dapacan Alto has a total land area of 832 hectares. It has its land classification and uses.  Source: CLUP

Its terrain is gently sloping to undulating with a slope of 3% and an elevation of 100-300 masl.  The type of soil is Guimbaloan Clay Loam.

About 62% percent of the areas are agricultural land and some portions of it are public and residential land.  The main crop planted is coconuts where mostly of the residents are farmer.

The soil type of all part of the barangay is classified as Guimbaloan Clay Loam.  Source: CLUP

Barangay Dapacan Alto has vast agricultural land area of 819.68 hectares. The most dominant farm product is coconut which covers the entire Barangay and about 99% are planted with corn, root crops, vegetables and fruit trees.

The average agricultural land holding per household is 3.28 hectares.  About 80% of the farmers are tenants and some are usufruct and mortgage.