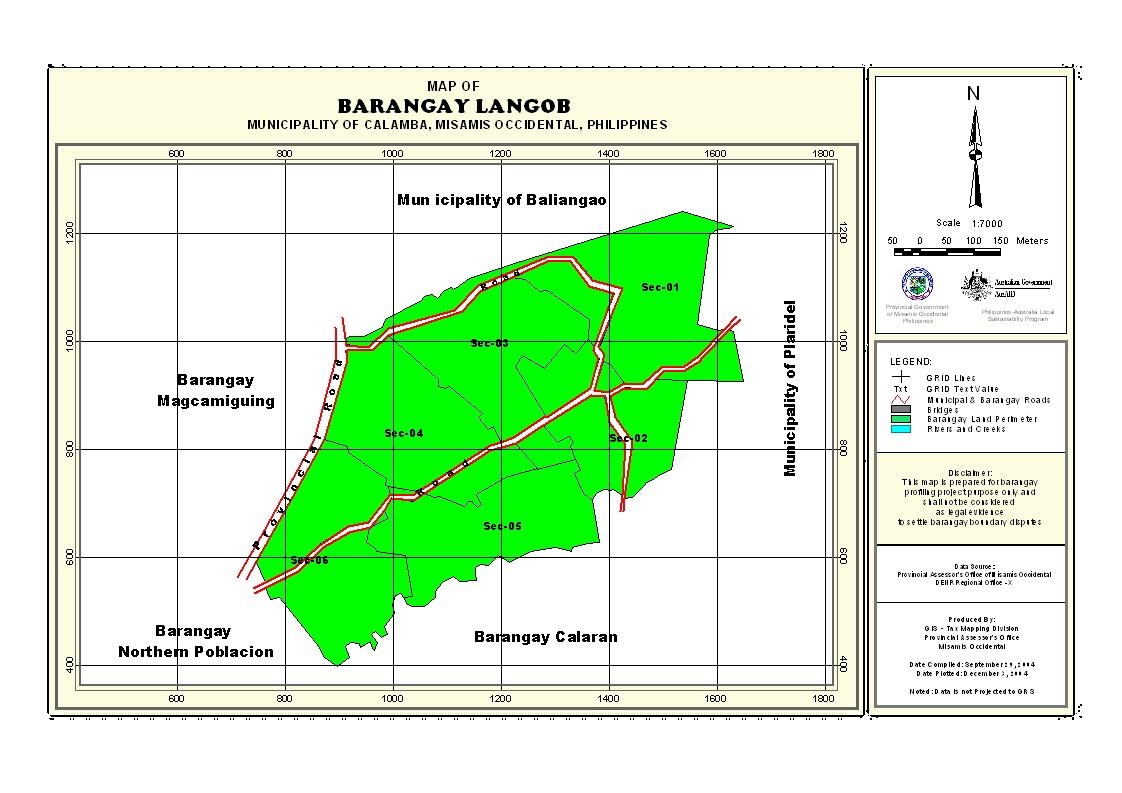 Barangay Langub was once a Pasteur Land of carabaos which they called in visayan language “galangub sa kabaw” due to large number of carabaos inhabited in this area. Since Barangay Langub had a wide area and had increased in inhabitants, it was divided into two parts, the Upper Langub and the lower Langub.

It is approximately 3 kms. away from the poblacion. Barangay Langub celebrate its fiesta every 13th – 14th day of June in honor to Senior San Antonio de Padua. The majority of the populace speaks Cebuano and Visayan Language.

Agriculture is the main source of livelihood. Coconut and ricefield shares the biggest percentage of the total land area of the agricultural lands. Farmers also planted corn and other cash crops, such as banana, camote, cassava, gabe and others. They also planted Mahogany and Gemelina trees and encourage to plant high value fruits like Durian, Mango,Rambutan and Lanzones.

No commercial livestock and poultry farmin the barangay, majority of the household have their own backyard livestock raising. It consist of carabaos, cows, goats, pigs, chickens and others.

Barangay Langub has a complete elementary school, a presence of the two day care center, One (1) in the upper and the other one (1) in the lower, which caters the need of pre-schoolers ages 3-5 years old. Student aging 13-16 years old who is in secondary education will be studying in the three (3) secondary schools in the poblacion.

Barangay Langub also has three (3) solar dryers, which serve as a court for all kinds of ball games and other social, cultural and economic activities. Barangay Hall and the Barangay Office are both located at the Upper Langub.

Barangay Langub was divided into two parts, the Upper Langub and the Lower Langub and it consists of six puroks. It is bounded in the North by Barangay Mitacas & Sinian of the Municipality of Baliangao on the East by Barangay Bato of the Municpality of Plaridel, on the South by Barangay Northern Poblacion and on the West by Baraangay Magcamiguing. There are 160 household residing in the area, wherein Purok 5 has the biggest land area but less populated. Purok 4 is the number 3 when it comes to land area but the highest number of Population.

Barangay Langub has an estimated land area of 4.1006910 sq. kms.,approximately 3.36% of the total land area of the municipality.

Barangay Langub has a flat terrain and it is 3%-8% or gently sloping to undulating slope. Agriculture is the main source of livelihood of the populace.

There are two soil types present in the municipality, the Castilla Clay Loam and the Guimbaloan Clay Loam. But Barangay Langub soil type belongs to guimbaloan clay loam. Most of these is devoted to coconut and rice.

Barangay Langub is like the province and municipality which is outside the typhoon belt, has no pronounced dry and wet season, rainfall is fairly distributed throughout the year.

We have 72 guests and no members online