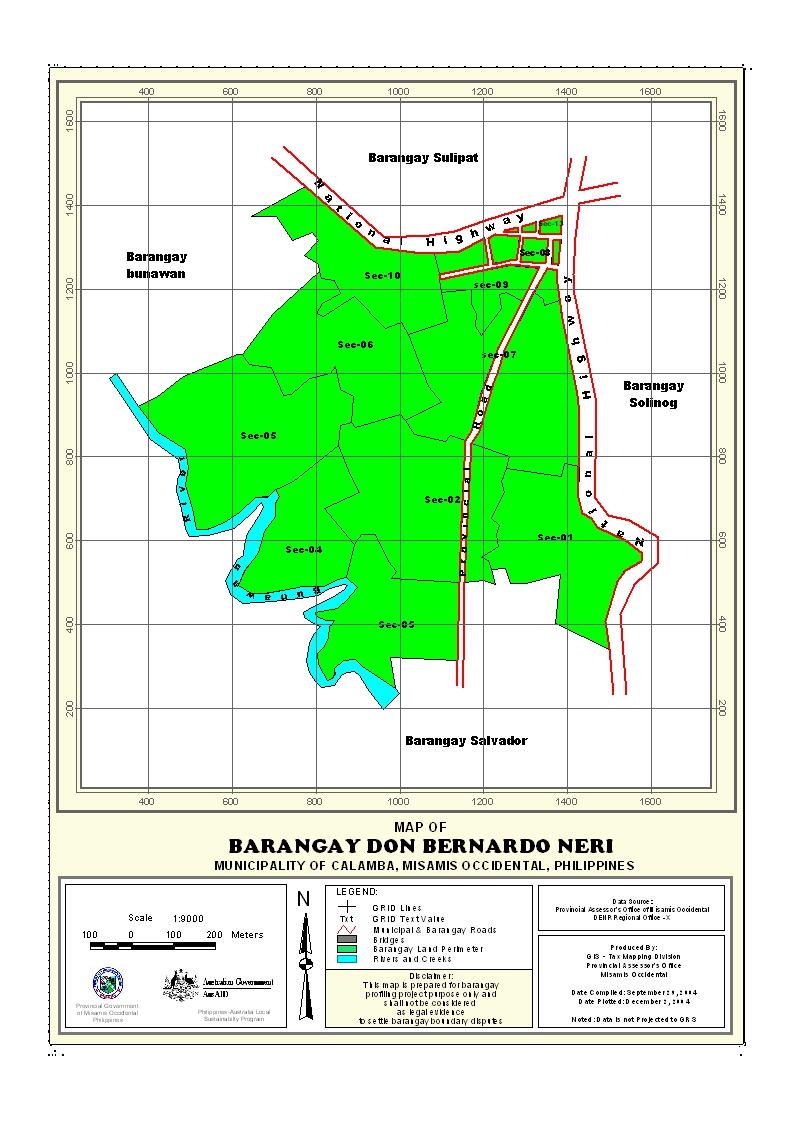 Before Barangay DON BERNARDO A. NERI got its name now, it was then formerly known as SOUTHERN POBLACION, wherein the two (2) adjacent barangays ( D’BAN & SWP) were name after it, under the leadership of  the elect Teniente del Barrio (w/c call now Punong Barangay) GABRIEL DOMINESE JR.

Barangay DON BERNARDO A.NERI, Calamba, Misamis Occidental was legislative council created under the LOCAL Government Code of 1991 , primarily because Tres de Mayo was created as a barangay out of traditional practices from among our forebears without legal foundation by the way of an ordinance unanimously approved by the Sangguniang barangay and duly ratified by the people.

There are 632 households residing in the barangay which comprises six (7) puroks. The puroks have an average distance of .50 km. from the barangay center, and also having an average of 75 households settling per purok.  Purok 7 appears to be density populated while purok 1  has the lowest number of residential households.  The barangay has a density of 342 households per sq. km. area.

D’ban  is  low elevation and almost its area are flat lowlands.  Estimated elevation of which in between the range from 75-250 meter above sea level and has a dominant slope of about 4-10%.  Most of the area is cocoland , Only 2.5 has. is institutional land area.

The Barangay  has  soil type of  clay loam. Interior portion of the barangay with bantog clay soil is devoted to lowland coconut  while those with  and clay loam are grown with  fruit trees such as Lanzones.